The Last Frontier by Ryan Molenkamp 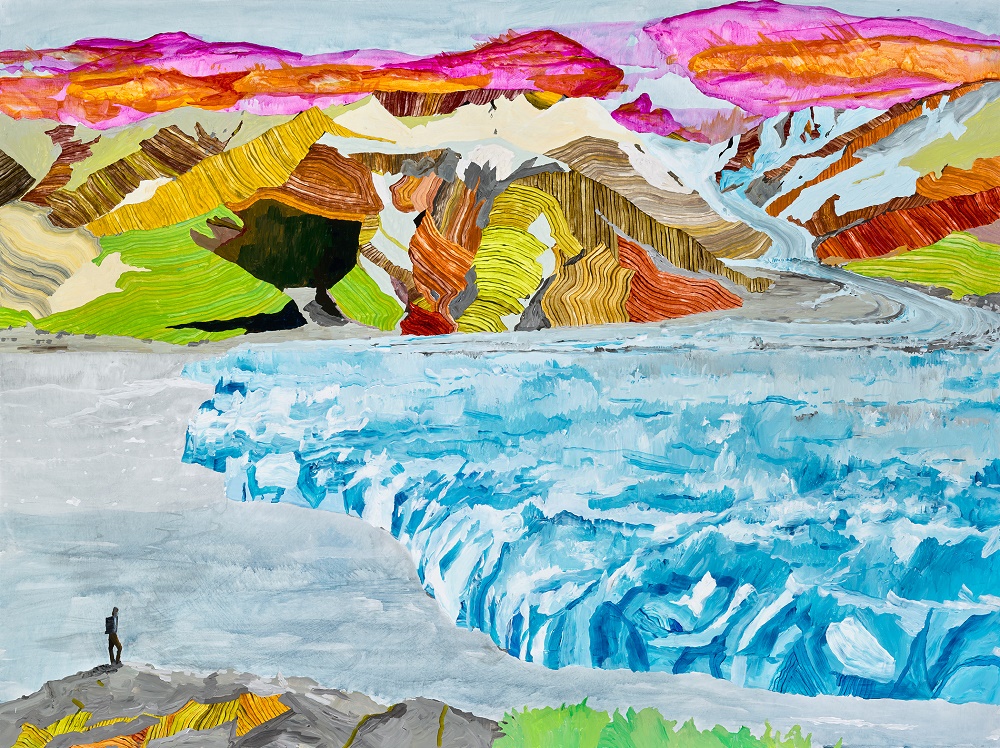 The Last Frontier by Ryan Molenkamp

Painter Ryan Molenkamp captures the myth and mystery of the last frontier, Alaska , on display at the Kirkland Public Library. View open hours.

More Information about The Last Frontier

I am interested in how people change landscape and how landscape changes us.

The work in the series The Last Frontier is based on images of Alaska from the 1980s and the 2 + years I spent growing up in Anchorage. Several of glaciers and landscapes I saw as a kid are vastly changed and in some cases completely gone. Alaska is full of myth and mystery and my interest was heightened by my experiences reading Alaska Geographic Magazine as a child, long after we moved back to Washington. Many of these works are based on images from that periodical. This series is a departure from my work based on volcanoes and the landscape of the northwest, but the themes of dramatic change, of nature, as well as the interest in the forms and geology of the landscape continue.

Ryan Molenkamp grew up in the Northwest and Alaska, and studied art at WWU, earning a BFA. After graduating in 2001 he took a job at the Frye Art Museum and continued to pursue his art career, occasionally teaching workshops (SAM) and writing (City Arts Magazine). Molenkamp has shown extensively in the Puget Sound area and was awarded a residency at Jentel (WY) in 2012. His work is represented by Linda Hodges Gallery, and he has exhibited at Kirkland Art Center, SOIL, Gallery4Culture, Duplex Gallery (OR), Launch LA (CA), and many more venues. He resides near Seward Park with his wife and daughter.

All artwork displayed at the Kirkland Public Library Satellite Exhibition is for sale as marked by the Kirkland Arts Center.