The Artist’s Alchemy: Transforming the Found The Artist’s Alchemy: Transforming the Found

Alchemy is defined as “a seemingly magical process of transformation, creation, or combination of base materials into something new.” The artists featured in this fascinating exhibition are artistic alchemists – crafting, constructing, painting, photographing, assembling and “bricolaging” wondrously new works from materials found in the natural and human-made worlds.

Steve Jensen has been a working artist for over 30 years. He comes from a long tradition of Norwegian fisherman and boat builders, growing up on his father’s fishing boat. His current body of work, “Böts”, explores the universal image of the boat.

Dan Pillers is a conceptual bricoleur. He’s an artist who conveys social and political thought using a diverse range of available materials.

Dan is intrigued with the notion of art as artifact and vice-a-versa. Over the past several years he’s been creating “sculptural bricolage” as means to communicate his thought and feelings about the world in which we live. He combines a variety of salvaged materials and artifacts as a form of personal storytelling. By doing so he creates a sort of reliquary with an opinion. The materials he uses are remnants of things gone by. These add a level of familiarity as well as a heightened sense of history. Through a painstaking process of deconstructing, reimagining, and assembling random objects Dan creates beautiful, yet provocative, works of art. Each piece tells its own story and when placed together they are segments of an ongoing dialog.

Dan Pillers has a BFA from the San Francisco Art Institute, where he was awarded the “Robert Howe Fletcher Cup” as an acknowledgement of his outstanding achievement.

Tak Hau would describe his aesthetic as architectural-modernist and this genre has often cross-pollinated his art and designs. He is inclined to challenge himself as a designer by often aiming to create art that is impactful and thought-provoking.

Tak is drawn to more unique works that are a bit outside of the box, perhaps rendering something that would make you do a double-take, provoke a conversation, evoke a fantasy or stimulate the imagination.

David Julian works in photography, illustration and mixed media assemblage. His dimensional works reveal stories of science, psychology, religion and history using intuitively arranged objects, photographs and found materials. Each shows his reverence for Hieronymus Bosch, Jiri Kolar, Joseph Cornell, Olivia Parker, Rosamond Purcell, Mark Zirpel and John Whalley. Beginning his career in the 1970s at Harvard University’s Museum of Comparative Zoology, he studied entomology and ecology, then shifted into creative arts at Massachusetts College of Art and Pratt Institute in Brooklyn. While on staff as a designer at TimeWarner in the 80s, he used vacations to visit sub-tropical American and the Caribbean rainforests, providing materials for museum collections and photography of endangered habitats for tropical conservation NGOs.

His photographic series Taken From The Heart contains 32 intimate portraits of personal objects lost after natural disasters. It was selected for Review Santa Fe, PhotoEye, and Photo Lucida, and was included in the exhibits Katrina Exposed at NOMA in New Orleans, An Uninvited Aftermath at the United Nations in NY, and Tragic Beauty at the Weston Gallery in Carmel.

Dave is based in Seattle and travels widely to teach, lecture and lead cultural travel workshops that inspire and educate cultural travelers, artists and photographers. He is currently casting individuals for Cherished Things, a series of portrait revealing his subjects’ personal connections to their most cherished object. 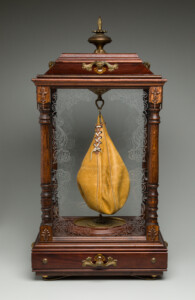 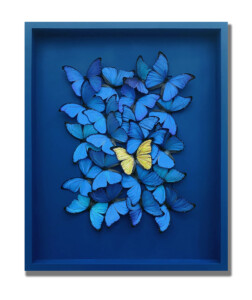