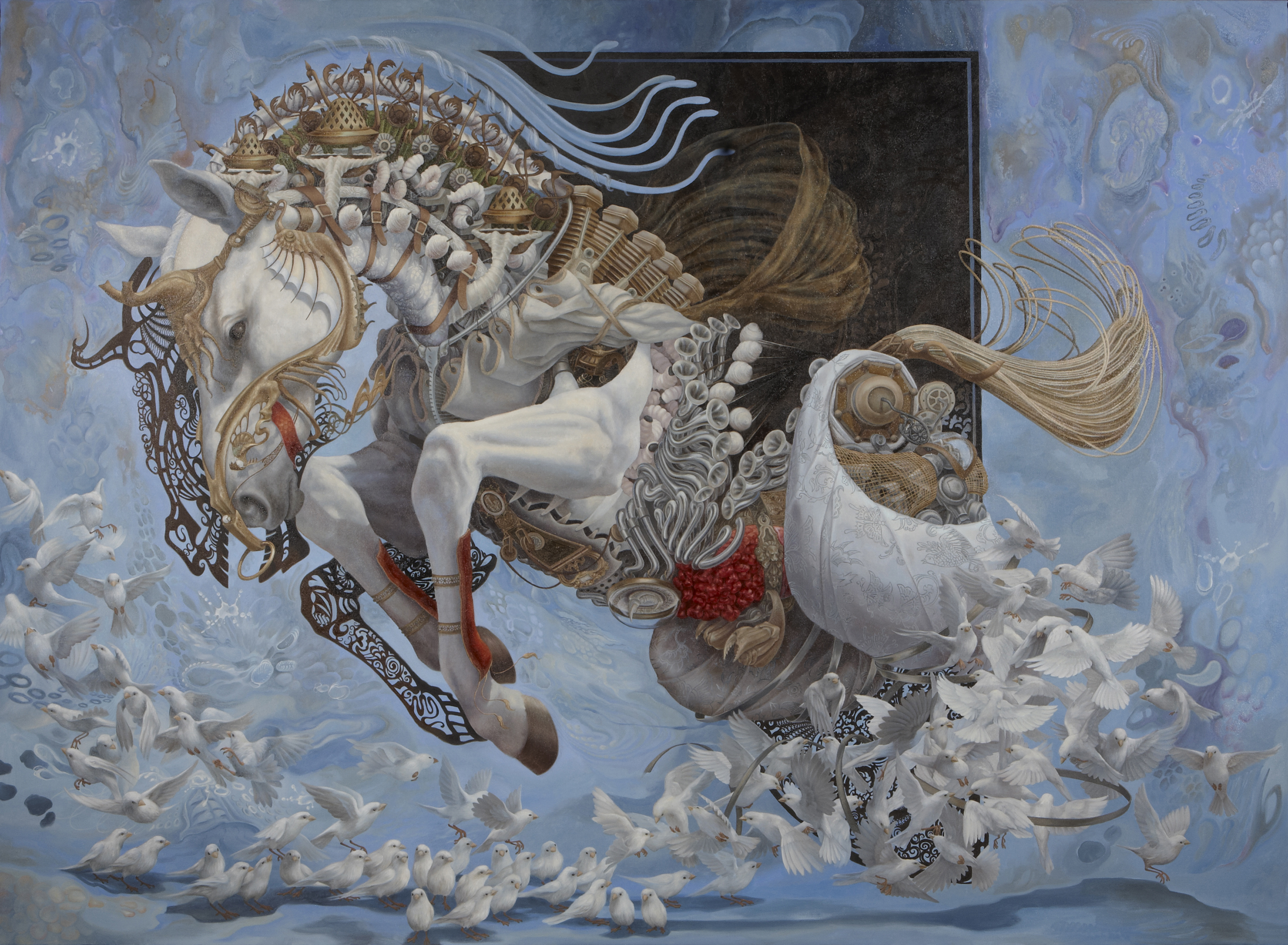 This exhibition is a partnership with The Society for Art of Imagination – founded in 1961, with a desire to foster a resurgence of interest in imaginative art. Its members and their associates employ technical skill coupled with imagination to create fine works of art that transcend the ordinary. The Society has produced numerous exhibitions, at prestigious venues, in cities around the world, including New York, Montreal, Vienna, London and Paris. One of the original founders, Brigid Marlin, continues to lead the organization. Other especially notable members include Ernst Fuchs (1930-2015), HR Giger (1940-2014), Robert Venosa (1936-2011), Martina Hoffmann, Alex Grey, Laurie Lipton and Michael Parkes.

This exhibition is a continuation of KAC’s legacy of partnerships with the intention of fostering connection among and support for the artistic community.

KAC is grateful for support from 4Culture and donors like you