Miha Sarani is a visual artist, an art historian, and an art educator. He was born and raised in Ljubljana, Slovenia, and permanently moved to United States in 2007, after spending almost a decade living in Italy. He earned a BFA (painting + drawing, 2015) and an MA (art history, 2019) from the University of Washington. Miha’s work has been shown at art museums and galleries, featured in art journals, publications and on music album covers. His large “Koncentrik Painting” series are owned by the University of Washington and on permanent display at the Mary Gates Hall. He lectures regularly on the subject of art history, as well as the practical aspect of art making for Seattle Central College Continuing Education, OSHER program at the University of Washington, and Bellevue College Continuing Education. Also passionate about music, Miha released his first music album Emona Au Revoir in It was included in Seattle Public Library’s PlayBack program the following year. He lives and works in Seattle with his wife Tomitha, and their dog Blue.

Miha will be teaching the following courses in the fall:
Mixed Media Creation
Reduction/Abstraction
Regarding the Figure 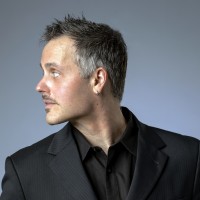