Kirkland Arts Center strives to be the regional leader of engaging arts experiences for all.

Kirkland Arts Center invites openness, curiosity, and risk-taking. We encourage students of all ages and abilities to engage in arts experiences, so they can grow as individuals and be part of a community. In order to protect this existing culture and invite growth as a community, the following core values are key to our strategic mission and vision: Inclusivity, Leadership, Sustainable Growth 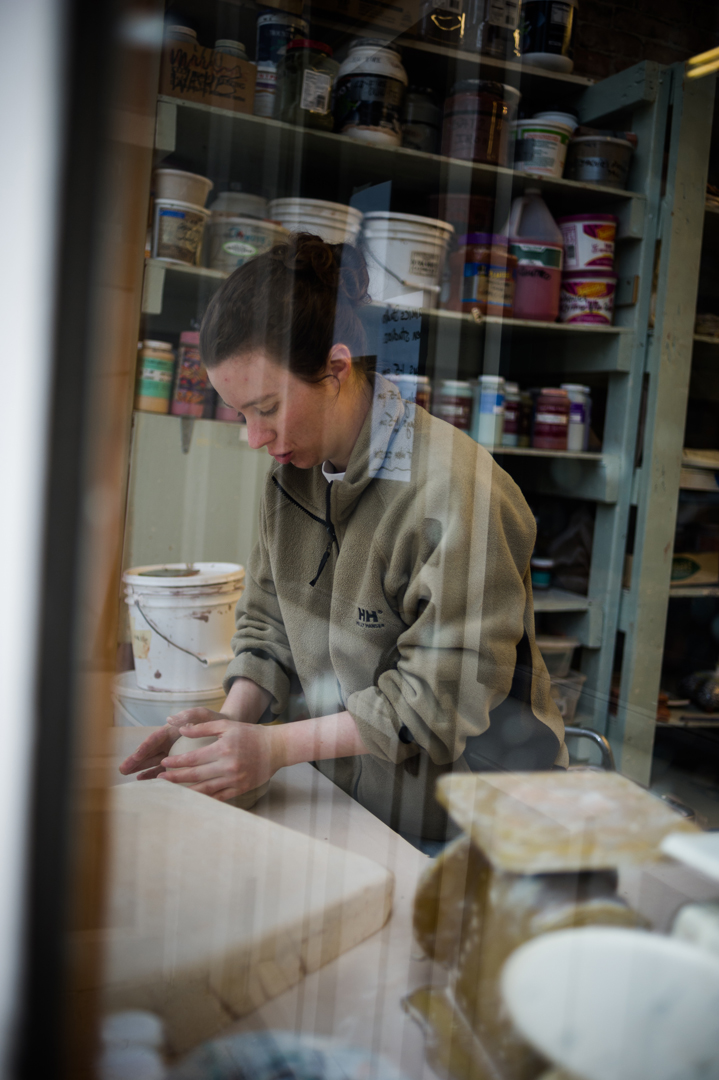 Kirkland Arts Center was founded as the Creative Arts League in 1962 by artists and citizens interested in providing local opportunities in the arts and preserving a Kirkland landmark, the Peter Kirk Building. For over 50 years, KAC has owned and maintained this historic structure and transformed it into an exhibition gallery, community arts studios, and classrooms serving students of all ages and skill levels.

The heart of Kirkland Arts Center, the historic Peter Kirk Building, was started in 1890 and completed in 1892 on the corner of Market St. and 7th Ave. (formerly Picadilly St.). The building was a result of the city’s industrial building boom in the late 19th century and is a pivotal example of commercial architecture directly associated with the city’s founder, Peter Kirk, and the Kirkland Investment Company.

Peter Kirk arrived in the Seattle area in 1888, intending to develop a steel mill complex and make Kirkland, at that point a small unincorporated settlement, “The Pittsburg of the West.” Together with a group of Seattle businessmen, Kirk built the Peter Kirk Building and four similar structures as the center of their “Boom Town” that could have employed thousands. An economic depression in 1893 halted the project.

The Peter Kirk Building was then occupied by many different businesses over the years, including a mercantile and drug store. The building was eventually abandoned but the exterior remained unchanged. In 1962, the Creative Arts League purchased the structure to preserve it. It has been used as an art school ever since.

Listed on the City of Kirkland Register and the National Register of Historic Places, the Peter Kirk Building is architecturally significant as a well-preserved example of Victorian-era commercial architecture with Romanesque Revival elements.

Take a tour of the Peter Kirk building, visit our gallery, or even rent a room for your next event.